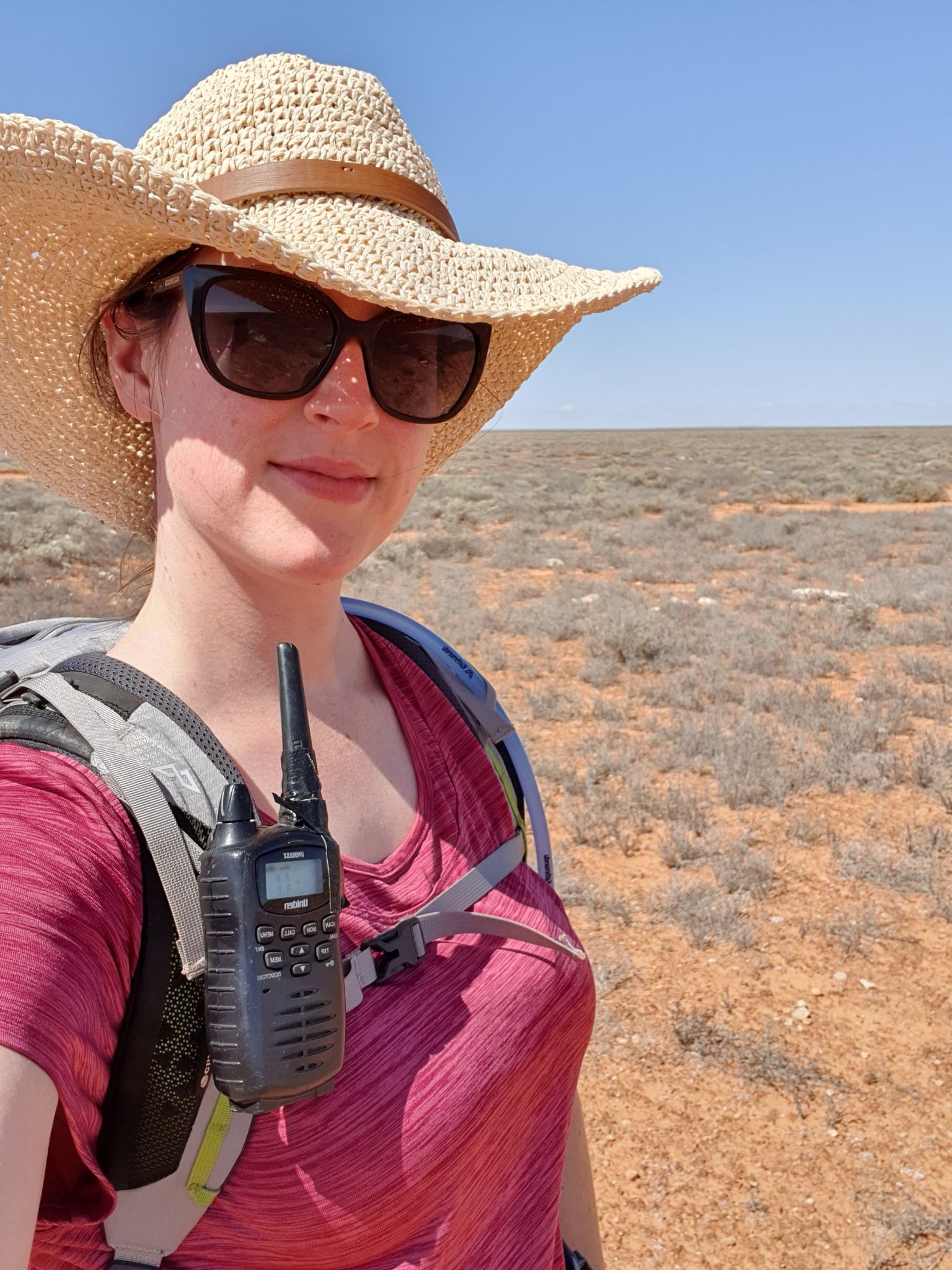 Earlier this month I was at ASM 2018 in Brisbane, which contained a lot of great microbiology! I always love spending time in Brisbane, but this time, I was giving a talk at 5:20pm on my birthday… at least it was a productive birthday!

Over the PhD years I have become more comfortable with networking at conferences, though as an introvert (or something like that) I have always found it a bit tricky to feel like I’m “doing it right”. In the beginning I was pressuring myself to network with enough people, or ask enough questions; feeling as though I’ve let myself down if I do little more than present my abstract and go home. I also realised that I was just making myself more uncomfortable.

I’d like to share some of my thoughts on the conference experience for those like me who may be considered introverted, quiet, shy, or just a little bit out of their comfort zone at conferences (for any reason). I have experienced each of the following (and still do), but I have also determined how to feel more comfortable while networking:

I’ve managed to improve this by not doing that; instead, I have found that the networking tends to happen by itself. That sounds like luck, but the trick is to place yourself in situations where it can easily happen; by presenting a talk or a poster, it is likely that someone will show interest and begin a conversation with you about your work. Or, if you identify a talk or poster on a topic that you are interested in (both inside and outside your field - learn something new!) then you can consider your questions ahead of time so that you can begin the conversation yourself. It’s also okay to view a poster and simply ask “Could you tell me about your work?”. Sometimes conferences will have mentoring sessions or workshops where it’s a bit easier to break the ice.

Even if the conversation ends up being short, you can tick off your social interaction success for the day - not every conversation has to be an important networking event! The idea is that each new person you meet may be someone who remembers you and what you do in the future, and you may just find someone with the right expertise to help you in your work, now or later. I’m sure the “introduce yourself to 10 new people today” approach works for some people, but I have tried just being open to conversations as they come and many have simply happened naturally. You can also get 10 new contacts this way!

If the topic or methods are related to my own project, I find that I can pick out the things that I could have done in my project but didn’t have time to, or didn’t think of, or found too challenging. However, it can also happen when it’s research outside of my expertise; it might sound very fancy and challenging (“I could never do that!”).

Instead of focusing on “why aren’t I that good”, I try “what can I learn from them?”. I’ve found that comparing myself to others happens automatically, and it takes a bit of effort to stop doing that and instead work out what it is that gives me this impression of them, and see if I can use it to improve myself. Sometimes, in doing so, I realise that I’m not doing too bad - it is easier to let a single downside change your perception of yourself than to let yourself feel good about what you have achieved. Get some benefit out of their presentations instead of wondering why you’re not there yet.

Also remember that it can be a matter of experience - as a PhD student you need to remember that you can’t compare yourself to a professor with a team of people and years of experience! Even if you are comparing yourself to another PhD student, every project is different and they may have had more help/more funding/more prior work in the lab to build from - you don’t know, and they may be equally in awe of you if you were to describe your achievements to them.

I just have to remind myself that almost everything except actually writing the thesis doesn’t feel like ‘real work’, which is silly. It is all real work. Even though I’m not spending every minute networking and hooking up a postdoc position, I know that I can write these days off as conference days, which are important for a) making sure that my research becomes known by others, and b) for keeping up to date with all the new science. It’s more efficient to hit both goals at once than to write off some days to read a few new papers.

I’ve noticed the ‘real work’ feelings are getting tougher towards the end of the PhD, when thesis writing comes above all else. I just remind myself that if I was writing all the time, I’d be dead, or not human. It doesn’t remove the guilt but it’s important to remember!

This has been a tricky one for me to overcome, though I have noticed that it gets better as the conference days go on because I start meeting some people that I can stick with and talk to more. It’s also important to note that not everybody is engaged; while it may feel like the entire room is buzzing with conversation while I’m standing alone, when I look for them, I do notice other people on their own. They don’t look like losers, so I mustn’t either!

If I’m feeling brave (which I generally don’t), I know I can go and strike up a conversation with them; perhaps to ask them which concurrent session they’re going to next. Or, I can wander around and find a speaker that I recognise and ask them something about their talk; or find someone I have already met and join the group that they are standing with and perhaps get some new introductions. It’s important to remember, this isn’t school; people won’t glare at you and tell you to go away (I would hope), so it becomes easier to just join in on a conversation. Networking is what everyone is here for! It’s also okay to just rock the alone thing; you don’t have to pressure yourself to engage at every opportunity. You’re a strong independent scientist!

Some extra tips for anyone who has felt the same

In addition to my experiences above, here’s some other advice that I have given myself:

Finally, my biggest piece of advice would be to get Twitter. I’m sure that most people reading this do have Twitter, but if you don’t - or don’t use it often - I think it is the introvert’s best conference tool. It opens up a huge avenue for networking that can result in you connecting with many more people than if you had to go around and have all the face-to-face conversations yourself, as well as people who couldn’t make it to the conference but want to follow what’s going on. As a bonus, if you recognise someone who follows you on Twitter, you suddenly have a conversation starter.

If you’re concerned that nobody will care about what you tweet, my approach is ‘just tweet anyway’ - even if you think nobody will read it. You may be surprised how many people see it:

Just make sure to include the conference hashtag (and other relevant hashtags) - this is how people will see your tweet, particularly if you don’t yet have many followers. If nobody sees it - that’s also okay. Just keep tweeting and don’t be discouraged. In general, I think Twitter is great for networking as it is an easy way to make sure that people around the world have seen your name (it helps if your name is uncommon) and know what work you do. Very powerful networking!

I’d like to end on the interesting ‘binning singletons’ idea from Joe James (thread starts here):

I just got back from #ASMicrobe, and had a great meeting. I took an R workshop , caught with old friends, made new ones, attended great talks, heard from vendors about their latest and greatest, and, hopefully, passed something of value to someone else. (1/21) #binningsingletons

I firstly think that ‘binning singletons’ is the most awesome way to describe this idea, and secondly that it’s a fantastic idea. Particularly so at the large conferences like ASM Microbe where I imagine it’s almost impossible to make connections as a lone PhD student standing next to your poster amongst thousands. I would love to see the binning singletons concept grow and become a feature at big conferences!

I hope these thoughts are helpful, and I’m certain I’m not alone (though it can feel that way!). If you would like to share your thoughts, feel free to leave a comment below, find me on Twitter, or email me. Thanks for reading!

You May Also Enjoy

I recently survived the final year of a PhD. Yes, it can be done. Look! I’m actually handing it in and moving on with my life! (Sort of).

The microbiome in children with recurrent ear infections - new paper

This year is the PhD’s final year, so I’m going to become a bit of a hermit and will probably be blogging less.

Text editing from the command line with vim

When learning bioinformatics, you will perhaps need to create or edit text files, shell scripts or Python scripts from the command line. Using a Unix-based text editor is also good practice for getting used to the environment if you are new to the command line. I have seen that many people have their preference for nano, emacs or vim. I started with nano, as it is quite straightforward to use - but then I moved to vim (probably because it had lots of colours).

How I teach myself new bioinformatics tools

I’m not sure if there’s a name for people who thought they would be doing lab work for the rest of their lives and then find themselves thrust into the deep end of bioinformatics, but I am one of them. This seems to be a common occurrence in research labs, and will probably continue to be until undergraduate programs catch up with the bioinformatics skills required in many fields of research. Fortunately I quite enjoy the stuff, but I am continually learning new things, and I find that with much of it self-taught it can be a long process to learn and then do each analysis.